A fuller report will be available as soon as we have some time.

Building the display at Gardening Scotland began the day after we returned from Chelsea. However, we had agreed to do a joint display with the Scottish Rock Garden Club, and so a combined team set to work. The outcome seemed surreal to us - all the same rocks in the same positions, but clothed with an almost entirely new set of plants. Where there had been part of a collection of alpines, there grew a forest of dwarf conifers; replacing one of the mounds of Meconopsis and Primula was a collections of ferns, interspersed with Arisaema, Nomocharis, Orchids and other woodland delights. 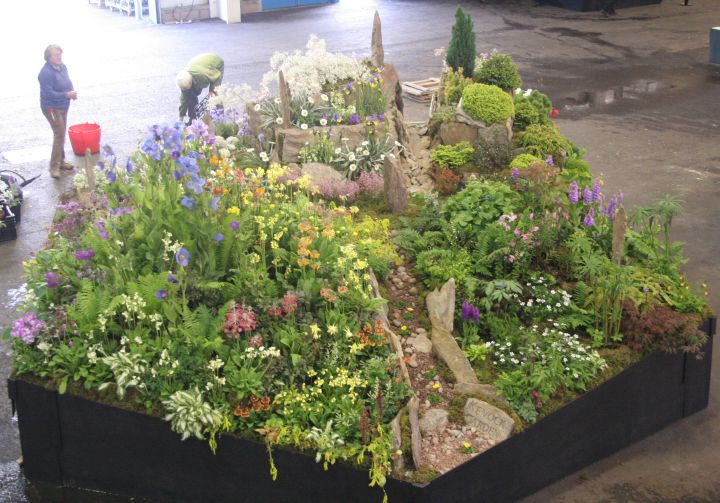 Our display at Chelsea Flower Show in 2011.