After two consecutive 'best in show' awards in 2006 and 2007, would it be possible to reach that high standard again? The judges seemed to think that was the case, so it's a hat-trick.

All our previous displays had been designed to be viewed from one main direction, and in the last two years also from one side. This time we set ourselves a tougher challenge - an island display, with a total area 50% greater than last year, and double that of all the earlier years. Let's take a walk around it, starting at the lowest corner. 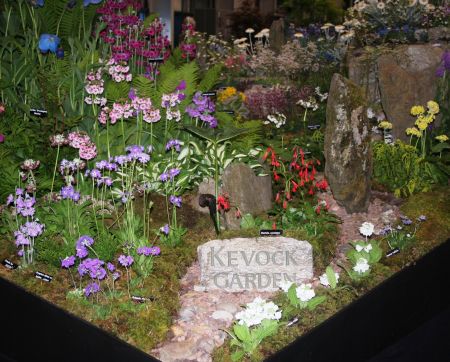 Here we look up a stony stream bed, which divides round a stone saying 'Kevock Garden', behind which is an island of red Ourisia coccinea'. Beyond that there are two tributaries, one descending from a mossy 'col' to the left, and the other from a rocky valley between two high ridges. 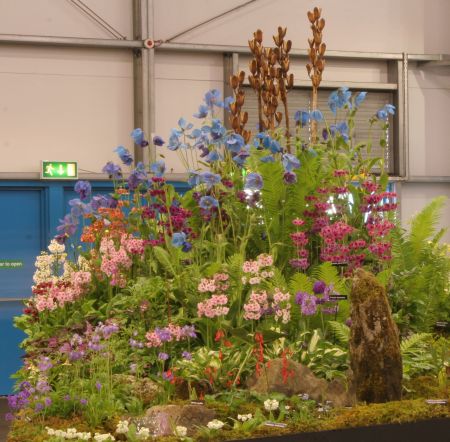 Moving to the left there is a mound of colour, pinks and reds and blues, dominated by blue Meconopsis, surrounded by masses of Primula. 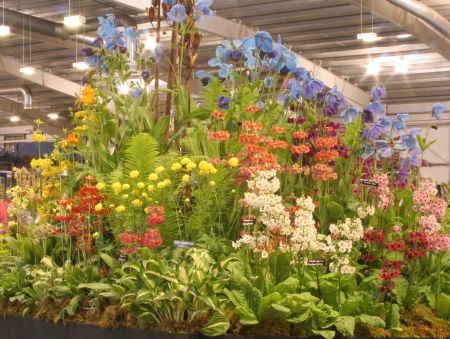 Beyond the corner the Primula descend along the next edge of the display, but now they are yellow and orange, decreasing in size to the minute Primula prenantha. 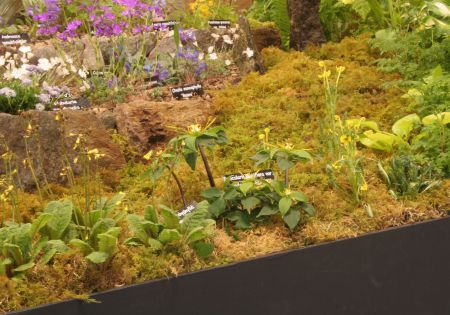 Beyond them is a wide, mossy valley, leading up to the other side of the 'col' we saw earlier, with a glimpse of one side of the rocky valley beyond. 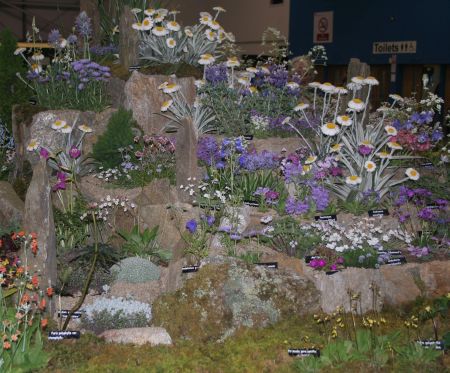 Passing this mossy area we can look up the broader ridge of the rocky hill, and this is packed with alpines, dominated by the splendid Celmisia spectabilis 'Eggleston Silver', the rest of the plants all pink, white and blue. 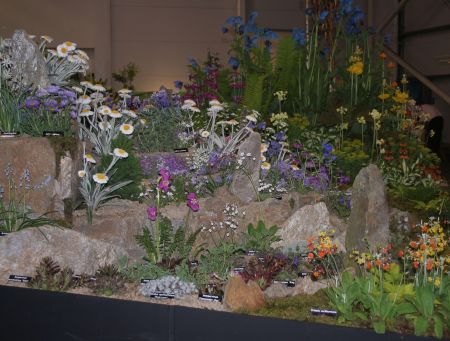 Round the second corner, where there are more low Primula, mainly P. cockburniana, we see the side of the alpine ridge, at the bottom of which are many plants with red and grey foliage, including Sempervivum in abundance, and then a mass of strongly scented Zalusianskaya ovata. In this region there are plants from seven continents - yes, seven, as there is even one from Antarctica (South Georgia). 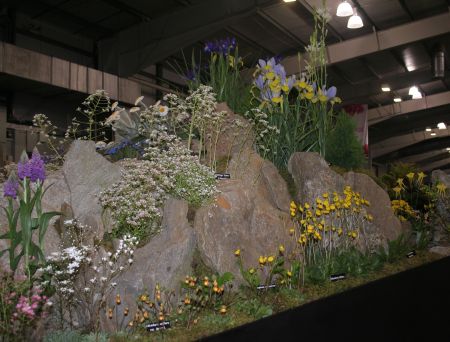 We now go round the third corner, below the highest rocky peak, and the planting here is mainly yellow. Beyond the corner there is a narrow strip below the rocks, packed with three species of Caleolaria, with ferns between them. 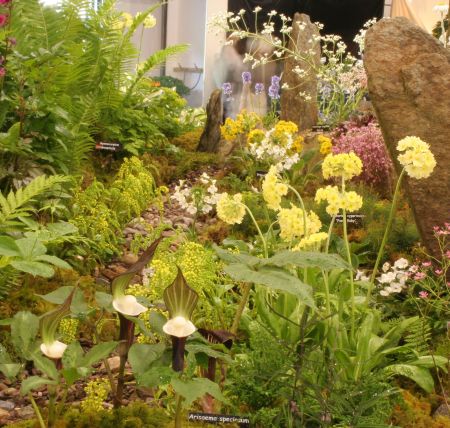 About half-way along this fourth side, where the narrow second ridge descends, we are alongside the original stony 'stream', with some of the rarer plants, including Arisaema and, of course, more Primula. This takes us back to the starting point - ready for another lap, to see what we missed first time. 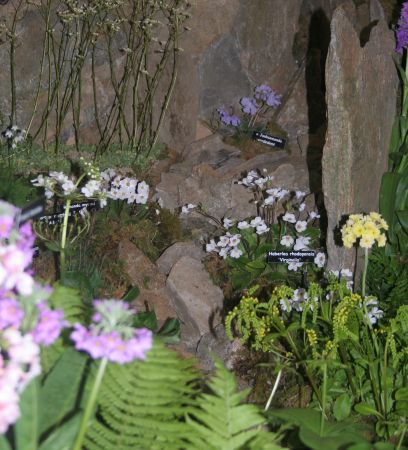 And we did miss something. One one place only it was possible to get a view into the valley between the two rocky ridges. There were hidden a Ramonda, a couple of Haberlea, and a lovely x Jankaemonda.