We decided we had been spectators long enough! It was time to exhibit at Gardening Scotland for the first time.

Of course it was all going to be planned over the winter. Somehow a quiet time never materialised and it was well into spring before we could start. Problems loomed as many of the primulas intended for the show bloomed three weeks early. Primula japonica 'Apple Blossom', a star performer, intended centre stage, was confined to the back with wilting petals picked off. We spent days cooling things down in shade tunnels or heating them up in hot boxes. Stellera chamaejasme bloomed just in time, having sat in the cuttings unit for a week and Campanula ephesia just managed to open one flower for the first day, saving its stunning explosion of colour for the week after.

However, all this is the stuff of the show and more experienced exhibitors take it in their stride. For us it was nerve-racking as we propped up pots on pieces of polystyrene and poked moss in round the edges.

However, it all ended well. Gold! We were thrilled to discover that we had won this, and even more overwhelmed when we found that we had been given the Alf Evans Award for the best alpine exhibit at the show, and that we were runners up for the Best Newcomer. We featured with Carole Baxter on Beechgrove Garden, Scotland's own TV gardening programme. A few corks popped!

It was a great team effort and thanks to all who shared with us.

We hope you enjoy looking at the photos of the preparation and the display. The boxes were David's brainwave and after a few attempts to stick rocks onto vertical wooden edges, worked well. The secrets can be divulged for a small bribe! 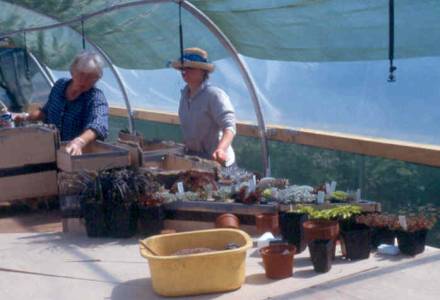 Stella and Jane work on planting the boxes that became the 'rockery'. 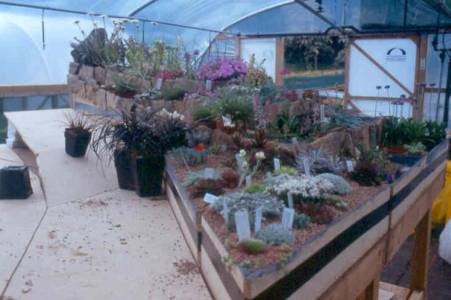 The 'rockery' is completed in a polytunnel in the nursery, ready for transport to the show ground at Ingliston. 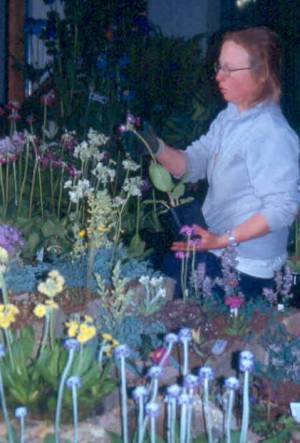 Jane works to arrange the mass of primulas, with advice from the rest of the team! 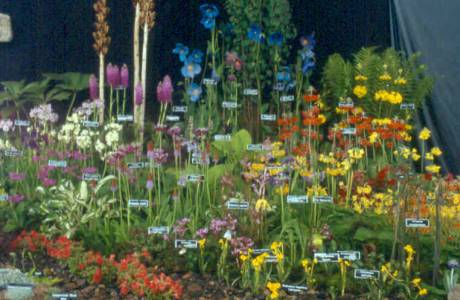 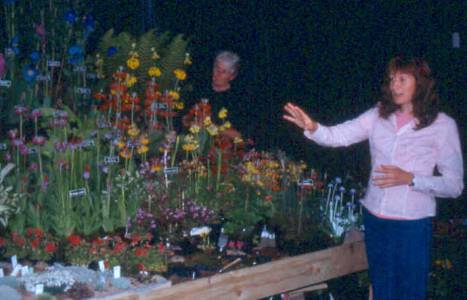 Carole Baxter presenting a (very) short report on the display for Beechgrove Garden.