With three consecutive 'best in show' awards, in 2006, 2007 and 2008, under our belts, how could we produce a display that was more dramatic, without increasing its size, and therefore the amount of work involved? 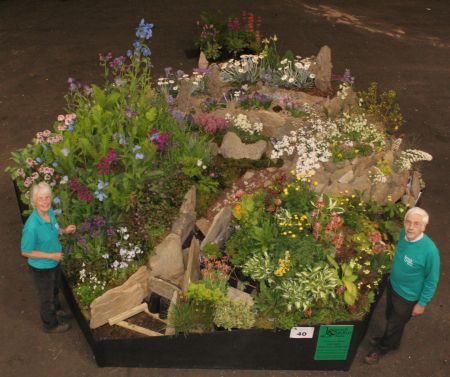 The arrangement in 2008, which could be viewed from all sides, allowed many more people to see it at the same time, while also giving a wide variety of different places for plants. We decided to continue with an island display, but there were two big changes. First, we moved from a standard rectangular layout to a hexagon, but more importantly, the design gave an even greater vertical range, achieved partly by making the rocky 'mountain' higher than ever, but also by bringing one end of the display right down, almost to ground level. 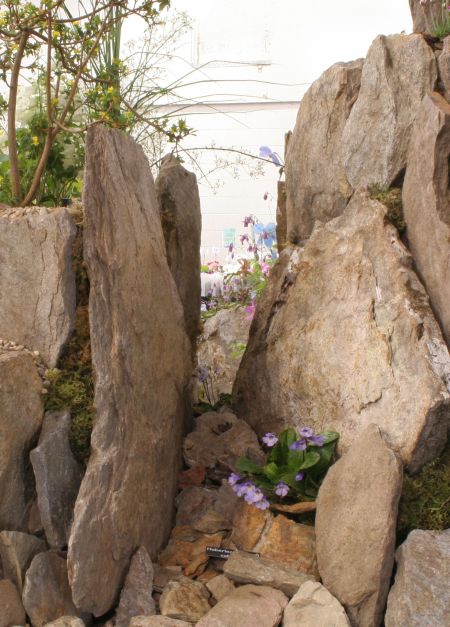 Another novelty was a chasm, right through the highest part of the mountain. This then continued down as a broader valley, across the middle of the display, and then dropped again to the lowest point. 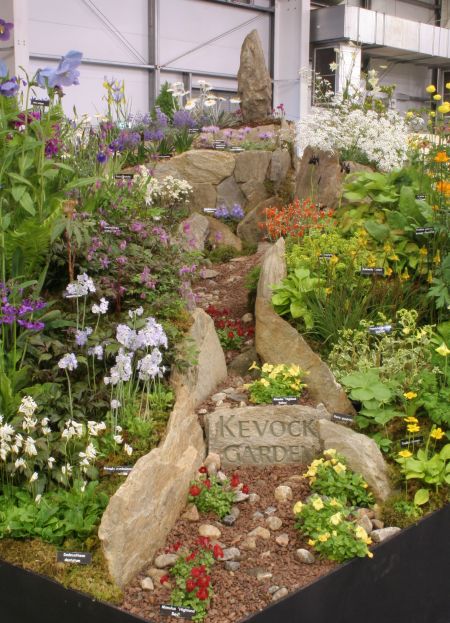 The lower end of the central valley.. 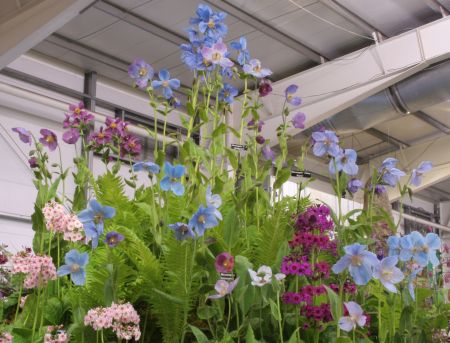 On either side of this valley there were two mounds of colourful plants. The large one had colours in the red, pink and blue range, provided mainly by Meconopsis and many Primula plants, with a massive 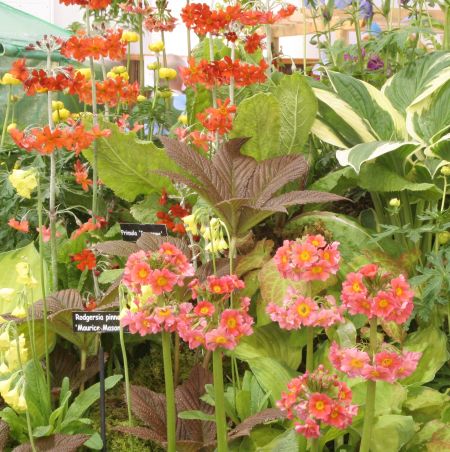 The smaller mound also contained Primula plants, but in this case they were predominantly yellow and orange, colours taken up by Trollius and foliage plants. 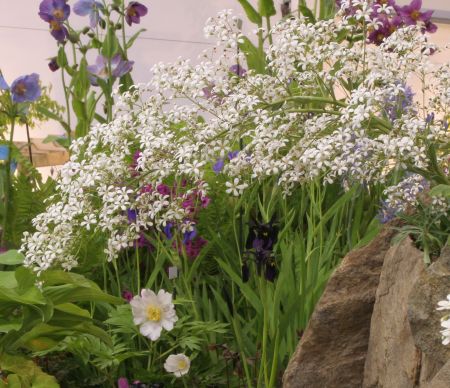 Behind the two mounds of plants, and separating them from the rocky 'mountain', were two mossy valleys. One of them was overhung by great sprays of white flowers of Saxifraga 'Nicholas', arching over the contrasting black flowers of 'Iris chrysographes'. 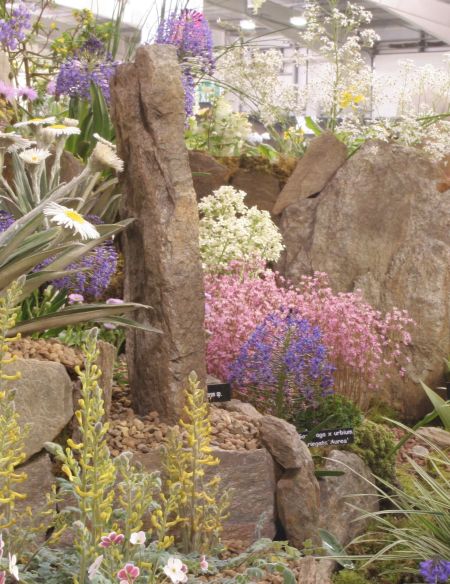 In the other valley the most striking plant was a form of Saxifraga urbium, making a froth of rich pink flowers, sitting below the bright blue of Scilla peruviana. 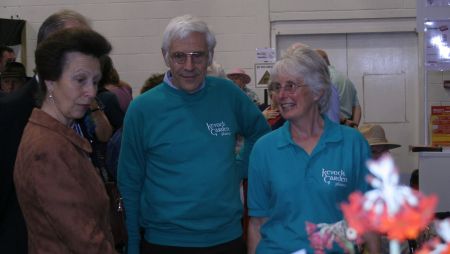 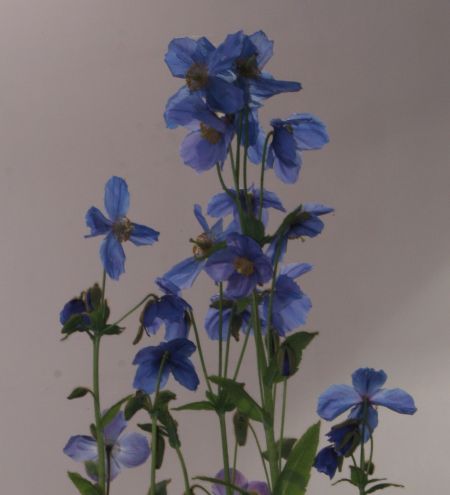