After returning from Chelsea we had one day at the nursery to deal with the tired plants, pack up new ones, and sort through all the rocks and boxes and other bits and pieces that make up a display. Then off to Gardening Scotland to build a new display. 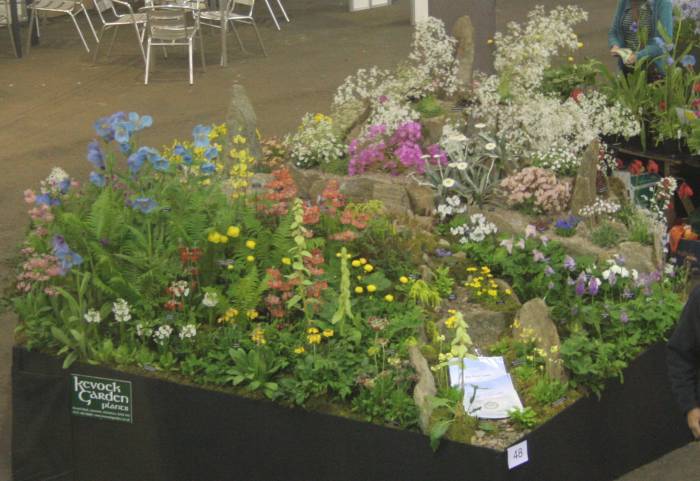 Some of the same rock structure was used, but this time on a hexagonal island site. Here you can see the overall structure, viewed from a window high up in the hall. Almost none of the plants used at Chelsea were fit for another week of display, but new examples of some of the same varieties were available. So the main rocky outcrop has huge sprays of saxifrages, on the other side there are blue Meconopsis, lots of Primula, and several flowering spikes of Rheum alexandre, while at the front right are a few of the last Trillium, still flowering in June. 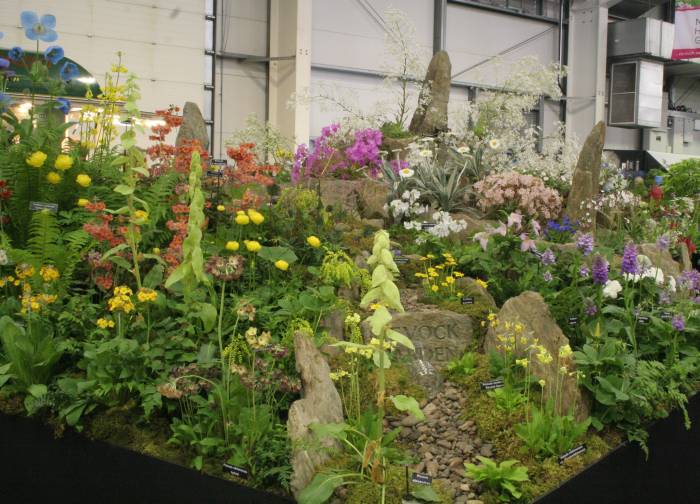 A view from the front shows some of these plants in more detail, as well as various Trollius in the foreground, Dactylorhiza elata and 'Kingsbarns' at the right, and some Lewisia in the alpine area. You can also see the glass trophy awarded for the best floral exhibit in the show - lying on its side, because that stony area is not nearly as stable as it looks! 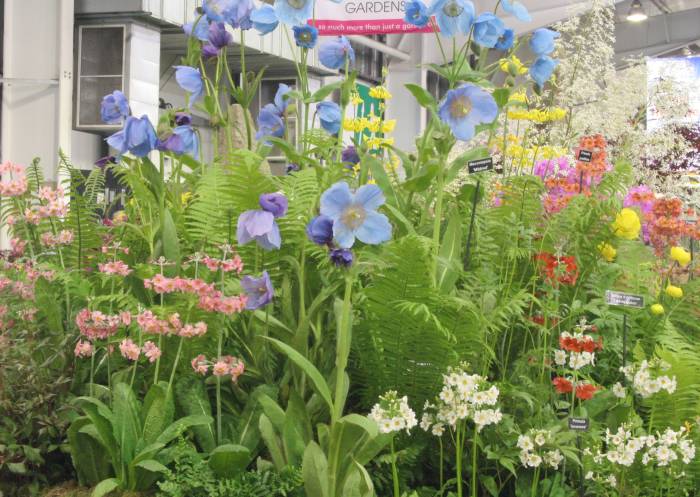 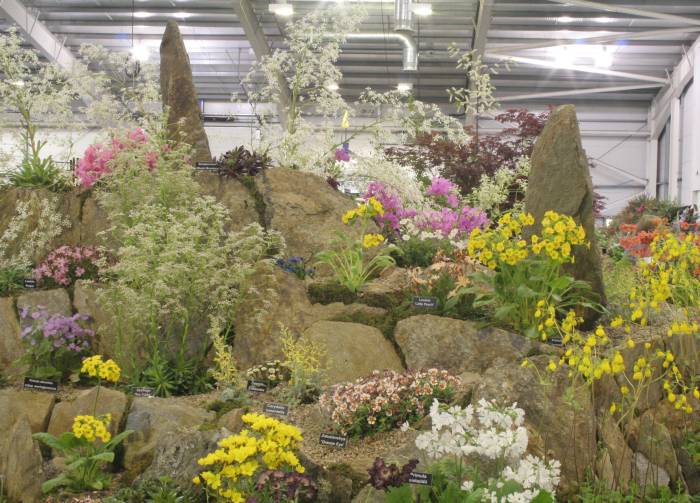 Part of the rocky area, with yellow-flowered Linum 'Gemmell's hybrid', Primula forrestii and a couple of Calceolaria species, and the colourful Zaluzianskya 'Orange Eye', which was in great demand. 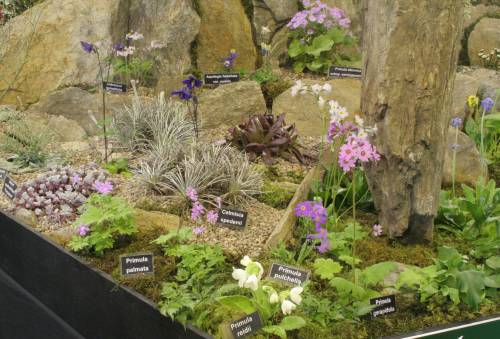 There were quieter colours in this corner, with some less common primulas and foliage plants. 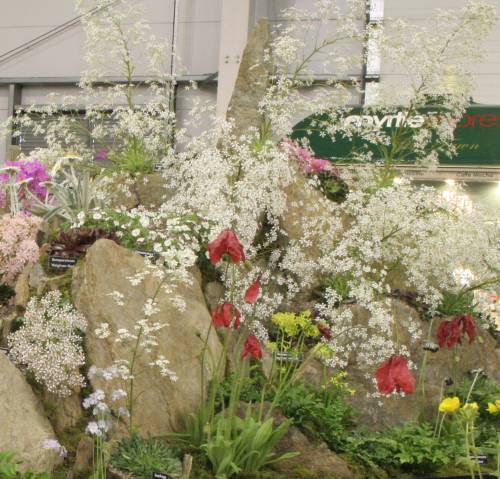 Finally, a view of white Saxifraga 'Nicholas', red Meconopsis punicea, black Primula melanantha and greenish yellow Primula handeliana - almost a copy of the same corner at Chelsea, but with a completely different set of individual plants. Thank goodness they don't all flower at the same time!