Our garden slopes down towards the North Esk River, just south of Edinburgh, and faces south-west. The top of the slope is well-drained sand, but the underlying clay emerges at the bottom of the garden, so that is permanently wet. We are therefore able to grow a huge range of plants in a small area. 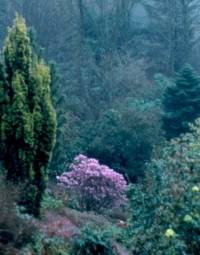 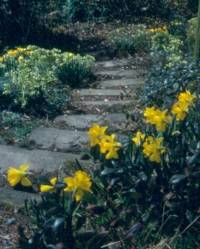 We know that spring will come when we see the luminous glow of Rhododendron 'Praecox' brightening a dreary winter day.


The garden is full of bulbs, and every year we increase the range of varieties. 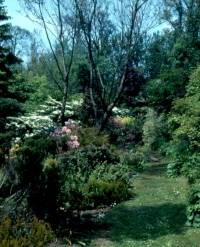 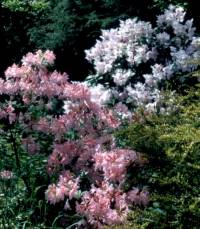 Many different plants enjoy the cool woodland area at the bottom of the garden.


Summer brings a blaze of colour from the azaleas. 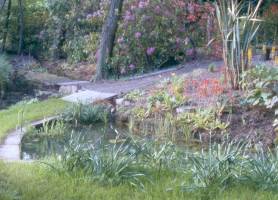 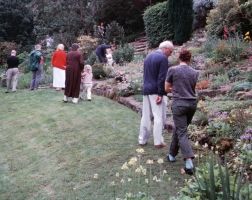 Water seeps out over the clay at various points, naturally filling the pond and allowing bright marginal planting.


The extensive rock garden is always of interest to groups who visit the garden. Every day of the year something will be in flowers. 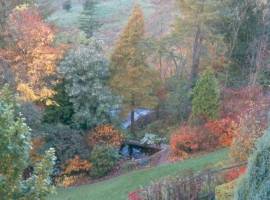 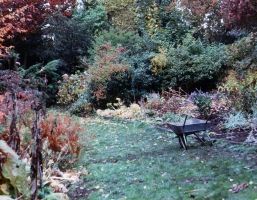 Autumn brings glorious colours. Sometimes it seems as if the garden is on fire.


We have learned from working in the garden. We don't have horticultural qualifications - but we do have dirty fingernails. 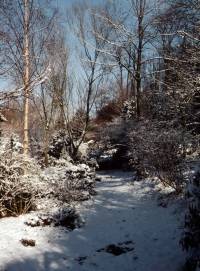 It is beautiful in every season.

History of the garden

Kevock Garden was first planted over 40 years ago. The major development was done by Sir John Randall, an enthusiastic horticulturalist, but best known for his invention of the cavity magnetron (the widget that makes both radar and your domestic microwave cooker possible), and for being head of the department in which Maurice Wilkins and Rosalind Franklin did their work on the structure of DNA. His scientific skill was shown by his botanical choices. His early plantings of trees are now mature, giving structure and form, and many of the rhododendrons, magnolias and camellias are substantial, flowering profusely in early summer. 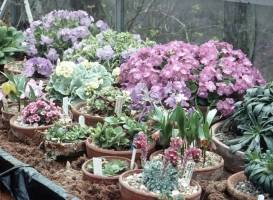 At 77 he was unable to cope with the steep slope, and in 1983 we moved in. We reclaimed treasures from the undergrowth, and then, with a particular interest in rare alpines, started to build rockeries, terracing parts of the slopes. Many of the first plants were grown from seeds from the Scottish Rock Garden Club and Alpine Garden Society but now we draw on many sources, testing introductions in the garden. Here are some of them in the greenhouse. 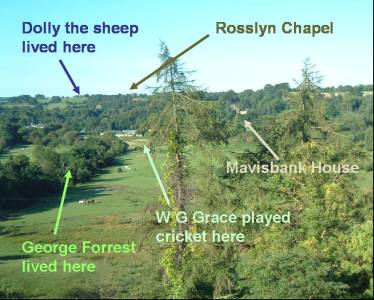 Our garden overlooks the valley of the North Esk, just south of Edinburgh, facing Mavisbank House, an Adam mansion dating from 1730, and featured on the Restoration TV series. At the far end of the Mavisbank grounds we see what was a cricket ground in the nineteenth century. There was a rumour that W G Grace played there, but there doesn't seem to be any documentary evidence for this. On the skyline we can just see Rosslyn Chapel, now sadly better known as the site of the climax of the Da Vinci Code, rather than for its spectacular and unusual architecture. Across the fields to the left is the Roslin Institute, where Dolly the sheep and her cloned siblings were manufactured and spent their lives. And down by the River Esk is Glenkevock House, where the plant collector George Forrest lived after his first expedition to China. 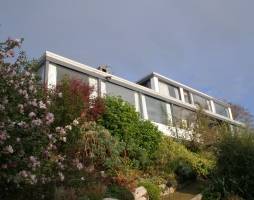 Our house is an early Morris and Steedman design, which featured in a programme as part of a BBC4 series, Living with Modernism, in Spring 2006. It is at the top of the slope, and it is like living in a tree house, as we look down on the kestrels hovering over the field below.

We open every year as part of the Scotland's Gardens programme and, by appointment only, to groups. We have also featured on Beechgrove Garden and articles have appeared in many newspapers and magazines, including Scotland on Sunday, The Scottish Garden, The Northern Garden, The Scotsman, Guardian, Financial Times, Glasgow Herald and Daily Telegraph.

Plant stalls are available when the garden is open, when we give talks about the garden, the nursery and our expeditions, and at various flower shows.

What happened to our weeds?

We have very interesting weeds. Plants multiplied dramatically in the garden and we found seedlings of unusual plants in the paths and lawns. There were branches to be pruned and clumps to be split. We didn't have the heart to throw things away, so we started to pot up our oddments to sell to visitors to the garden - and that is how Kevock Garden Plants was born. And then it grew - and grew. You can see the present nursery site development, which started in 2002. Now there is a team of people working with us.
Kevock Garden Design was started to provide a comprehensive service to those who want to have interesting planting schemes, with colour in all seasons, in their own gardens.