Development of the nursery site

The present nursery was developed on a bare site, starting in 2002. Some pictures showing our history are shown below. 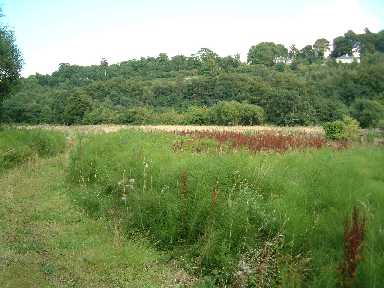 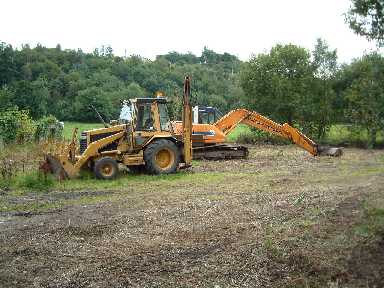 ...So we called in the heavy squad 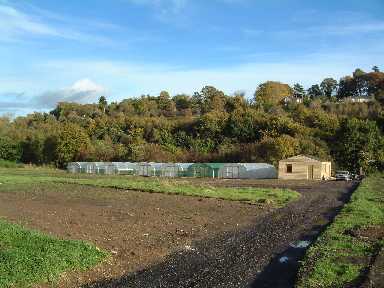 The potting shed and tunnels are all in place 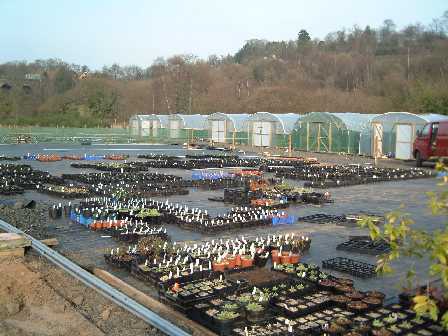 Everything has been moved from the old nursery 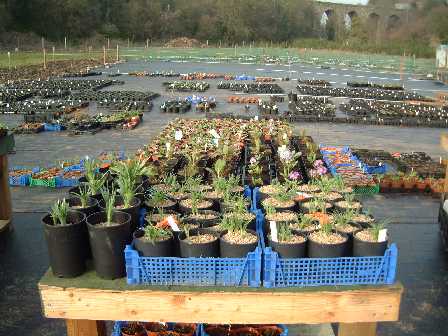 A wholesale order being prepared for dispatch 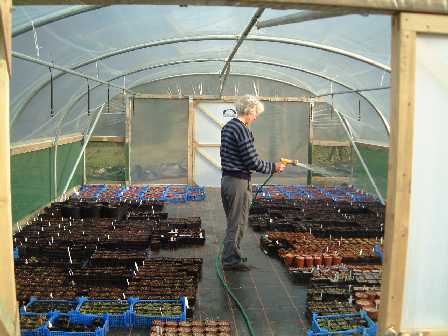 Still watering manually, but the automatic system is nearly ready

The official opening in June 2003. Gordon Craig declares the nursery open; Nicky Ross cuts the tape (with scissors, having failed with shears); Euan Millar parades with his pipes; a new use for a poly tunnel.

In 2007 we were granted permission for development of the nursery site in three ways.

The potting shed was extended by 7 metres towards the river, in the same style and with the same lines as the existing shed. It provides space for packing orders, separate from the potting area, and allows staff to meet away from the busy office. There is also a small room used mainly for design work.

A new entrance was constructed, avoiding the original tortuous route through the riding stables, and therefore much safer. The route is partly along the line of the old railway to Polton, and the track is being screened by new plantings of trees. The trees planted when the nursery first moved to the site have grown well, and provide an attractive and effective screen when viewed from Polton. The aerial view in the picture shows the bare site a few years before we moved in, and the approximate locations of the new evelopments are marked.


Permission was also given for new polytunnels, continuing the existing row along the river, where they will be screened from Polton Road by the mature trees. Only two of these tunnels were constructed in the following few years, and how many we will actually need to acquire is not known, but meanwhile we have planted more trees, so that they will have minimal impact. 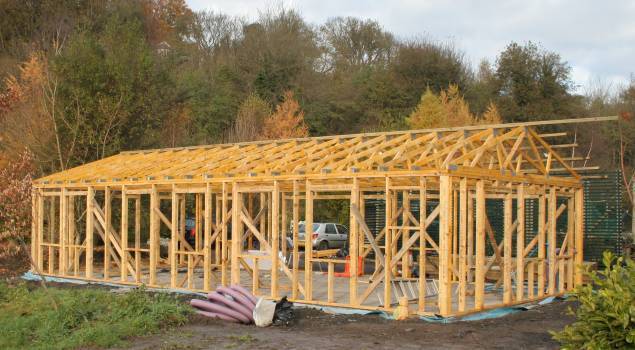 In 2012 we built an extra shed, to provide space for more potting and a workshop.