We wanted another challenge, so mounting a display at Chelsea seemed like a good idea. Could we transport the vast amount of material and hundreds of plants 400 miles? We casually decided to make the display a little bit wider and quite a bit longer than previous ones. An extra 30% plants - no problem!

That was without knowing what the weather would do. Weeks of unremitting heat brought most plants into flower three weeks early. Everything we planned to use flowered beautifully - at the end of April. It was back to the drawing board, the spade. It wasn't just a case of bring some plants on early. After Chelsea is the 'June gap' - there isn't much to bring on. And summer plants are mainly regulated by light, not heat.

We had just about enough plants to fill the display. Would they be good enough? Could we get them transported safely? There would be no running back to the nursery if we were short.

Yes, we managed, and had an amazing week. The public and media were overwhelmingly appreciative, and we were awarded a silver gilt medal. Thank you all!

There is a series of pictures giving you a quick tour of the display, and another series shows how the display was put together. 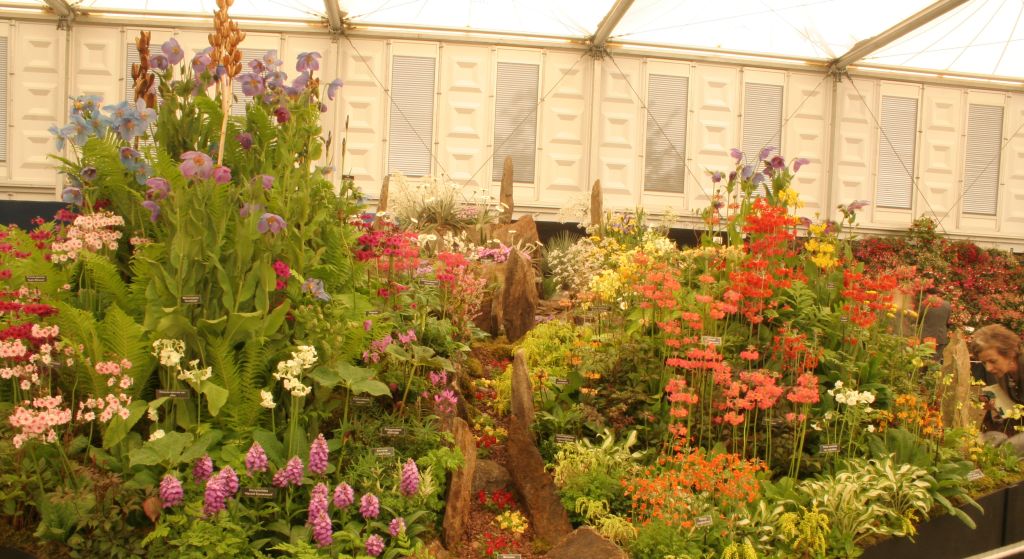 Plant of the Year

Our new saxifrage, raised by Matthew Ruane, and named Saxifraga 'Anneka Hope' after our granddaughter, was second, by just one vote, in the competition. Demand is now enormous - there is a waiting list, with many people content to wait two years! 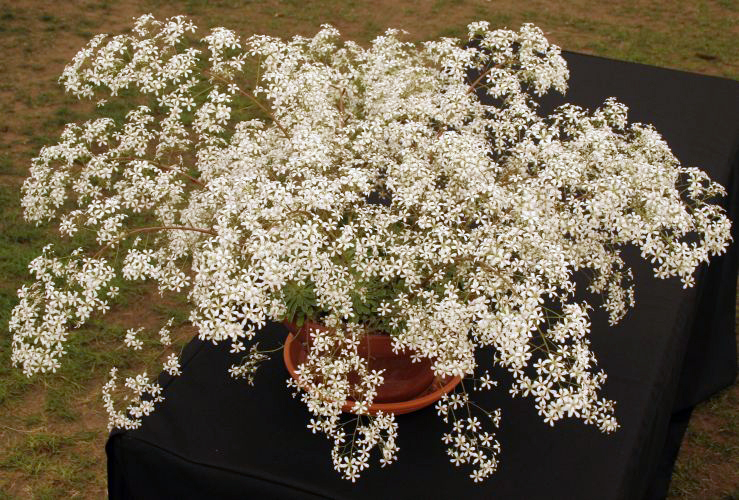 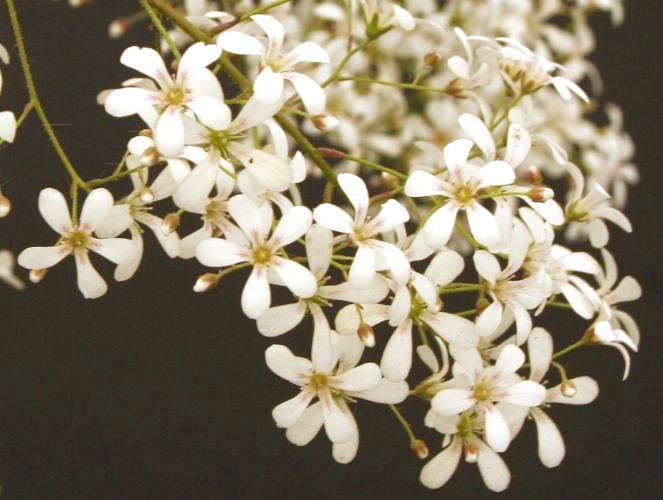 Carol Klein's plant of the show

Carole chose the red poppy, Meconopsis punicea, as her plant of Chelsea 2011. Then everybody wanted to see it, and mass production is necessary! 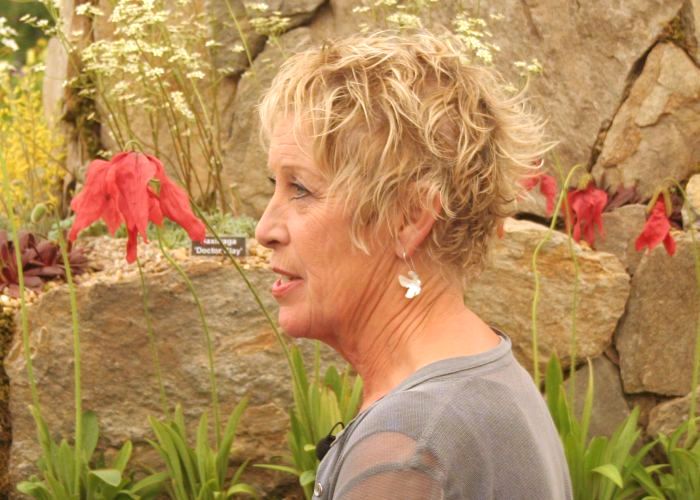 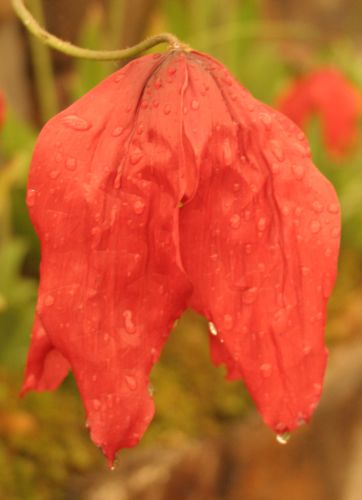 It also featured on in a report of the show in The Independent, and on a Californian web site - no chance of growing it there!

Robin Lane Fox, writing for the Financial Times, wrote that his "personal gold award goes to the superb display of mountain flowers by Kevock Garden Plants of Midlothian. They are showing both scarlet meconopsis poppies and the late-flowering blue Meconopsis Huntfield. Their small Asiatic primulas are excellent, including the rare black-flowered Primula euprepes with white stems. I was stopped in my tracks by two wild yellow calceolarias ... I have never seen the lilac-mauve Campanula moesiaca and I have certainly never seen the hybrid Jancaemonda flowering in rocks like its parents, the ramondas." Read the full account.

... and another personal favourite

Stephen Lacey, in the Daily Telegraph, said "intricately planted around pillars of rock, this was my favourite stand". He also referred to Meconopsis punicea, as well as Primula alpicola var. alba and Dactylorhiza 'Harold Esslemont' - that's the one front left in the first picture in this report, with the Primula just behind. 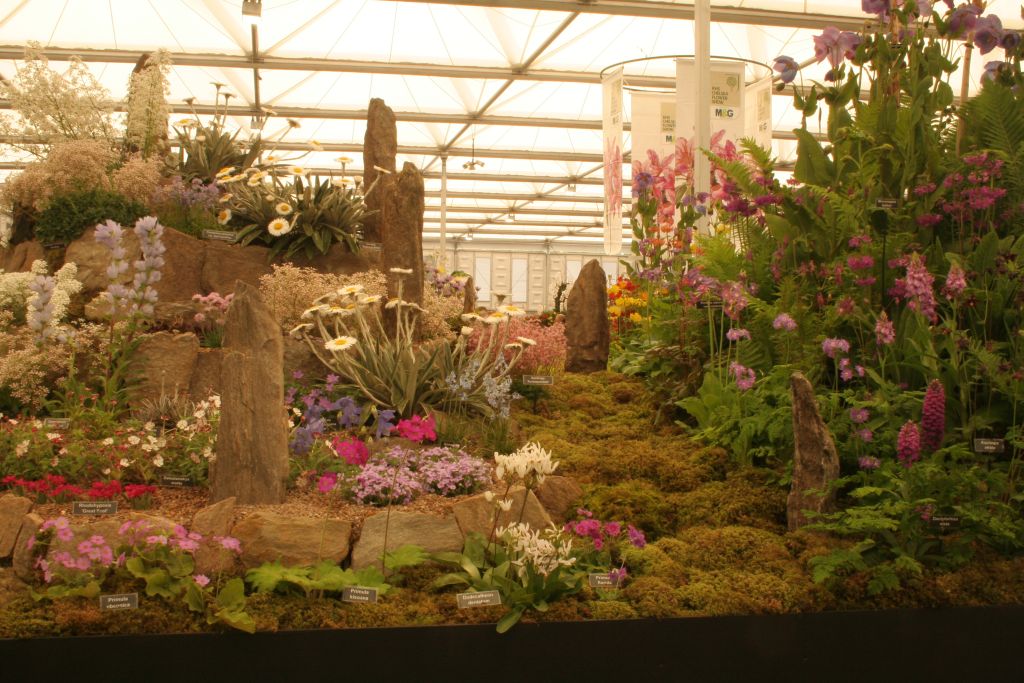 Matt Biggs' pick of the displays

He said that we had "an exquisite display of alpine plants from a first time exhibitor featuring some outstanding ‘Saxifrages’ all set in a mini landscape." Read about all of his selections.